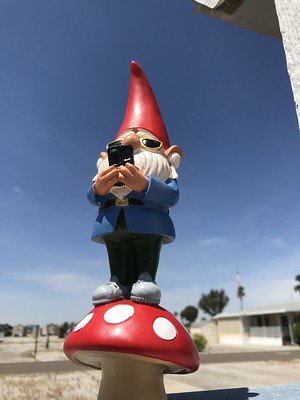 As I wrote in my previous post I am fresh off of the the UPS truck and I am now hanging out in this neck of the woods with my new human, Captain Blowdri! It is gonna take me a few weeks to get used to this type of terrain. Let me tell you this style of living, desert living, is going to be a huge adjustment in my life! For the last fifty plus (50+) years I have been hanging with a bunch of laid back SF Bay Area dudes. I have mostly been associated with people around Golden Gate Park in really cool communal living area near North Baker Beach, not far from The Presidio. It was just a short jaunt from there over to Haight-Ashbury.

For most of my adult life I was associated with the scene in San Francisco. I left my home, hitched a ride out my birthplace, and headed to the 60’s counterculture mecca, Haight-Ashbury. Once I got established in “The City” life for me began one hell of a trip! I got to experience the growth of the San Francisco band scene with the likes of Janis Joplin fronting Big Brother and The Holding Company, Santana, The Doors, Grace Slick and Jefferson Airplane, John Fogerty leading the Creedance Clearwater Revival, and the rise of the Jimi Hendrix Experience, just to name a few.

I also witnessed the rise of the Fillmore and the Winterland Ballroom, both were the proving grounds for the SF, and for that matter the entire rock scene of that era. Those venues are where bands like The Grateful Dead, and those previously mentioned bands got their start, as well as the proving grounds for every other great 60’s rock band. Those iconic venues were managed by a young man named Wulf Wolodia Grajonca. You may not recognize this man by that name, however, you may know him as Bill Graham. He was the guru of rock and roll during the 60’s-the 90’s in both San Francisco and New York with the Fillmore East.

I may be an old hippie gnome now in retirement, but I got to listen to, and see, all the greatest rock and roll bands!